Those Who Knew conjures a modern-day fable that shows how public politics and private violence can controvert each other. The story of Those Who Knew offers us a way into understanding the forces—both personal and structural—that conspire in such confounding ways to let abuse against women flourish in our homes, businesses, and governments. In this powerful novel, Novey explores our human capability for hypocrisy and monstrous acts, but also for hope and resilience.

In an unnamed island country recently independent from an imperialist government, Lena is a college professor. Her students have been protesting for free tuition, a cause she supports them in, but she looks on with dread as she hears them shout the name of their chosen leader. They admire a young politician—a star senator and apparent white knight to progressive causes—who (she knows) has a history of sexual assault. Lena is just one of the skeletons in the Senator’s closet.  So when a young woman working for his campaign dies in dubious circumstances, she suspects the worst. She wants to say something, but fears she will be met with doubt, vengeance and, at worst, physical retribution. But she cannot let the death of the young aide go, and soon she discovers she is not the only one living with the Senator’s secrets and mistakes.

In Those Who Knew, Novey traces how trauma reincarnates and creates connections across networks of people. With the Senator, Novey has created an uncanny portrait of a political leader befitting our times: a Jekyll/Hyde figure of outsized ambition and some genuine good will, whose uncontrollable violent urges toward women leave a path of destruction in his wake, and eventually become his downfall. From the start, Novey demands a reckoning with the Senator’s behavior toward his victims from both her characters and her reader; he is not a tragic figure ripe for a redemption arc, but a violent bully. But by daring to bring her reader close to the Senator’s inner thoughts, she also offers us a surprising gift: rather than the publicist-approved non-apology from a disgraced man that these days we are all so familiar with, she bravely imagines the reality of the man.

Those Who Knew  explores the relationships between power and silence, negotiation and compromise. Novey’s prose is laconic and swift, powerfully resonant and formally distinctive. Hers is an essential voice in American fiction, and this is a story of an age-old violence we have only recently begun to open our eyes to. 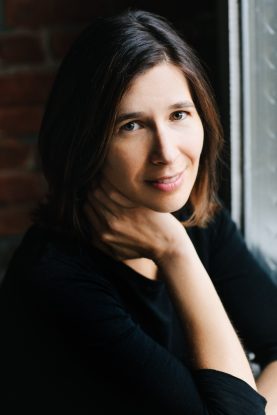