Jessica and Mark have played and recorded for years as a Jazz Duo both regionally and nationally.   This concert celebrates their new project Fusion Street, a performance (and recording) project that explores songs from a wide variety of genres performed with their own unique Jazz Duo style–including, blues, big band,  soul , pop and inspirational music.

Jessica Lee is a professional Jazz & Blues vocalist, songwriter and recording artist with select songs from her solo albums showcased by EQ Music record label on multiple international vocal albums with other artists, such as Norah Jones and Amy London, including on the “When Blues Meets Jazz” and the “Greatest Audiophile Voices” CD series.  Ms. Lee performs at Jazz & Blues clubs, festivals, major charitable events, universities and theaters throughout the country, and has produced and performed shows from Jazz Duo & Combo performances, to Big Band and Jazz-with-Symphony Orchestra performances. Jessica also is committed to participating in nonprofit and educational ventures that support music education and performance for the next generation.

Mark Strickland is an American guitarist influenced by Wes Montgomery, Kenny Burrell, Joe Pass and Jazz and R&B legends.  Mark began playing in Pittsburgh, PA, mentored by the regional R&B and Jazz greats such as Luther Dejarunett, Pete Henderson, J. Spencer Bey and the many others who performed in the renowned Jazz clubs of the region, including the Crawford Grill, the Hurricane, the Loendi and the Roosevelt Theatre.  Mark teaches motivated students in his private studio and through various schools in the Pittsburgh region. 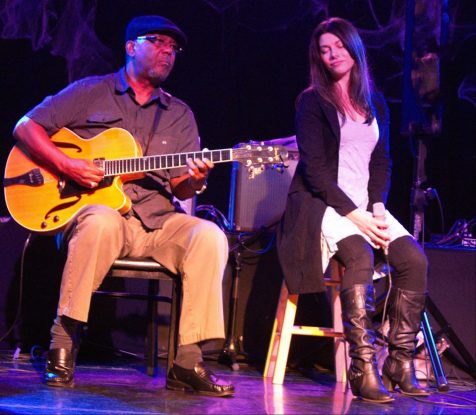