Lee’s debut novel, Free Food for Millionaires, was one of the “Top 10 Novels of the Year” for The Times (London), NPR’s Fresh Air, and USA Today. While attending Yale she was awarded both the Henry Wright Prize for Nonfiction and the James Ashmun Veech Prize for Fiction. She later worked as a lawyer for several years in New York prior to becoming an award-winning fiction writer.

Pachinko follows one Korean family through the generations, beginning in early 1900s Korea with Sunja, the prized daughter of a poor yet proud family, whose unplanned pregnancy threatens to shame them all. Deserted by her married lover, Sunja is saved when a young tubercular minister offers to marry and bring her to Japan. But her decision to abandon her home, and to reject her son’s powerful father, sets off a dramatic saga that will echo down through the generations. So begins the tale of an exceptional family in exile from its homeland and caught in the indifferent arc of history. Through desperate struggles and hard-won triumphs, its members are bound together by deep roots as they face enduring questions of faith, family, and identity. 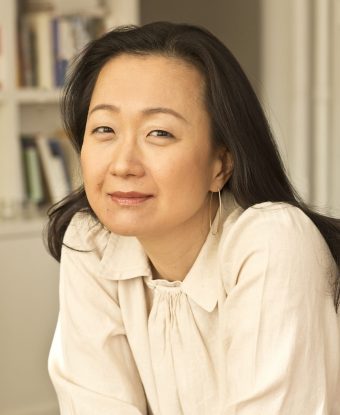