Hit enter to search or ESC to close
NewsTrump Dump

The Trump Dump: Orange is the New Red

You may have heard already but our President went to Helsinki to meet with Russian President Vladimir Putin and said this about the uncontroverted consensus that Russia meddled in the 2016 elections.

“My people came to me. Dan Coats came to me, and some others. They said they think it’s Russia. I have President Putin. He just said it’s not Russia. I will say this: I don’t see any reason why it would be.”

While nobody expected Donald Trump’s sojourn to Russia to be without drama, I’m not sure anyone expected Trump to kneel before Thanos, er, Putin.

Response from house and senate members was swift.

Today’s press conference in #Helsinki was one of the most disgraceful performances by an American president in memory.

I never thought I would see the day when our American President would stand on the stage with the Russian President and place blame on the United States for Russian aggression. This is shameful.

There should be no ambiguity about the fact that #Russia is a hostile nation that interfered in our election and that it continues to target our democratic allies around the world. Full Statement: https://t.co/khXzI7hQwV pic.twitter.com/IeWQQPH9Vk

One person who left no ambiguity about their feelings was angry-bearded Arnold Schwarzenegger:

‘You literally sold out … our intelligence community, our justice system, and worst of all, our country.’ — Arnold Schwarzenegger is railing against 'little fanboy' Trump over his praise of Putin pic.twitter.com/6VOq3jUZSS

Donald Trump’s press conference performance in Helsinki rises to & exceeds the threshold of “high crimes & misdemeanors.” It was nothing short of treasonous. Not only were Trump’s comments imbecilic, he is wholly in the pocket of Putin. Republican Patriots: Where are you???

"My people came to me…they said they think it's Russia. I have President Putin. He just said it's not Russia. I will say this, I don't see any reason why it would be."
–Trump

That's how a press conference sounds when an Asset stands next to his Handler.

Here’s hoping that Putin isn’t completely  embiggened by Trump’s cheap suit impression and decides to Red Dawn us. Patrick Swayze isn’t around to protect us anymore. 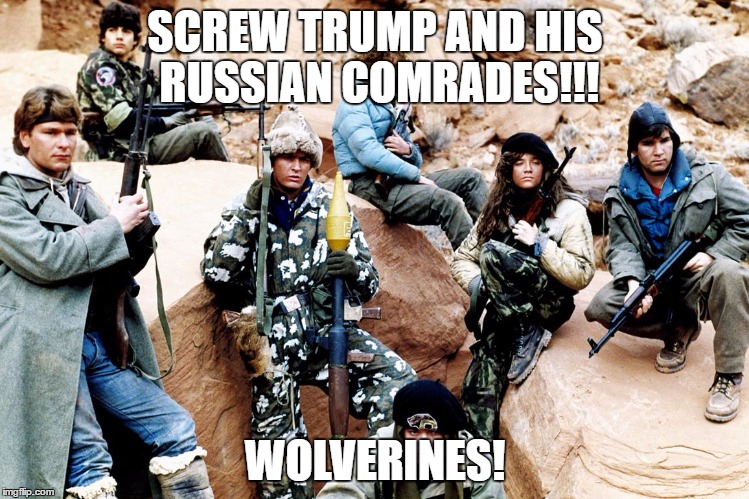 Getting appropriate accommodations is a make-it-or-break-it factor for college students with disabilities.

Hunter McGowan’s journey through higher education has been one of preparedness, patience and perseverance.

For students with disabilities, navigating higher education is a journey of self-advocacy and struggle